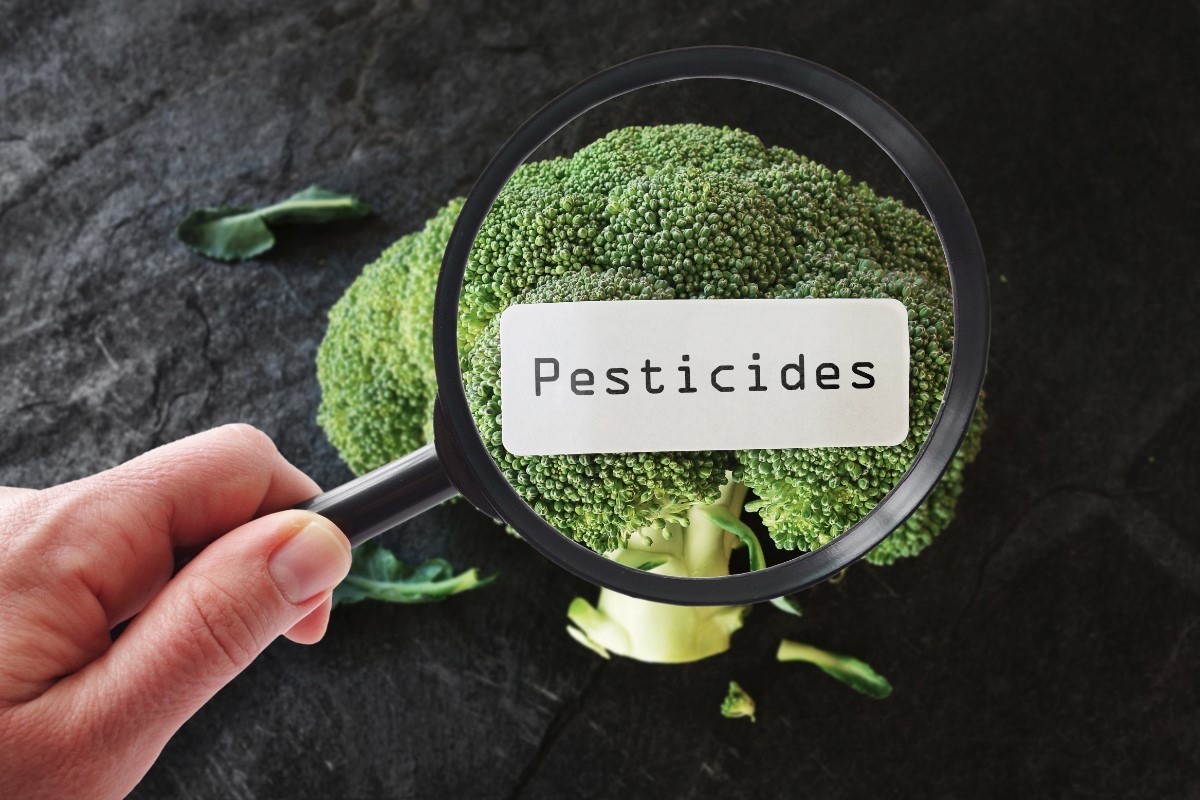 Taking sides in the pesticide argument won’t save your life but learning truths about pesticide usage will. We’ll put this issue on the table both from the farmer and consumer sides.

When we talk about farming, one of the first things that come to our minds is pesticides. Even “organic” or “pesticide-free” labels becoming popular recently, pesticide usage is going back many years. Since before 2000 BC, humans have utilized pesticides to protect their crops. The first known pesticide was elemental sulfur dusting used in ancient Sumer about 4,500 years ago in ancient Mesopotamia. By the 15th century, toxic chemicals such as arsenic, mercury, and lead were being applied to crops to kill pests. The late 19th and early 20th-century world of the first synthetic organic chemicals gave rise to the first modern synthetic pesticides and since then synthetic pesticides are one of the keystones of farming.

Especially in recent years, there are lots of arguments about its usage in farming. If you try to search pesticides on the internet, you will see hundreds of comments, articles, and blog posts that include exact opposite arguments with each other. So, what actually are pesticides, and the causes of these arguments about them?

With the most basic definition, a pesticide, or Pest Control Product, in general, is a chemical or biological agent that deters, incapacitates, kills, or otherwise discourages pests. These pests include weeds, bugs, fungus, animals, and anything else that may threaten areas such as gardens, farms, and greenhouses.

Worldwide, there are more than 1000 types of pesticides. Only in the last year, 3000 tons of pesticides were sold in the market, and this number is increasing every year as a result of the growth of world population and the need for fresh food. So, as consumers, are we knowledgeable enough about the truths of pesticides which have a huge usage and importance in our lives for a very long time? There are some general false facts about pesticides maybe you also don’t know the truth.

While “organic” label commonly refers to “certified organic” which means agricultural products certified to have been produced in compliance with the National Organic Program (NOP) of the USDA’s Agricultural Marketing Service, “pesticide-free” might be used to refer to crops that were not treated with any synthetic (human-made) pesticides. “Pesticide-free” doesn’t necessarily mean that the produce was grown without pesticides, but rather that no detectable pesticides were remaining when it was harvested. And for “organic” labeled foods, organic growers are commonly committed to using limited to no pesticides, they can—and often do—use pesticides allowed under the NOP standards.

Another common mistake and bias about pesticides are thinking of all pesticides as synthetics. Actually, there are different types of pesticides includes natural ones that are allowed to use for organic foods.

What about the biggest argument and bias about pesticide usage in agricultural practices: is this safe for human health? First, “safe” means something different to everyone. All pesticides have some level of toxicity, just as every substance does. Even the least toxic products can cause health problems if someone is exposed to enough of them. The risk of health problems depends not only on how toxic the ingredients are but also on the amount of exposure to the product, and there are very strict limits on pesticide residues that are controlled by regulators. They consider what level of residues can be safely consumed daily throughout a lifetime, then reduce it by a factor of at least 100, building in a huge safety margin. Systems around the world are in place to monitor that residues are within safety limits. Hundreds of thousands of samples are analyzed for residues year after year.

For example, the European Food Safety Authority’s (EFSA’s) latest monitoring report (2017) noted that more than half of 88,000 samples in the EU were free of detectable residues, 42 percent had residues within legal limits and only 4 percent exceeded those limits (which were destroyed). In the United States (2017), none of about 6,100 produce samples contained residues above tolerance levels.

Based on the EFSA report noted above, the European Union concluded that “the probability of European citizens being exposed to pesticide residue levels that could lead to negative health outcomes is low.” A recent Danish study reached a similar conclusion. Realistically, a person would have to eat thousands of a specific fruit or vegetable in a single day to come close to exceeding the safety limit, for example, 28,000 strawberries.

If you are concerned about synthetic pesticides and consuming conventionally produced food, there is also Stockholm Convention on Persistent Organic Pollutants which is an international environmental treaty, signed in 2001 and effective from May 2004, that aims to eliminate or restrict the production and use of persistent organic pollutants (POPs). By this convention, chemicals that pose a high risk to human health or the environment are banned to be used in the countries which signed it. 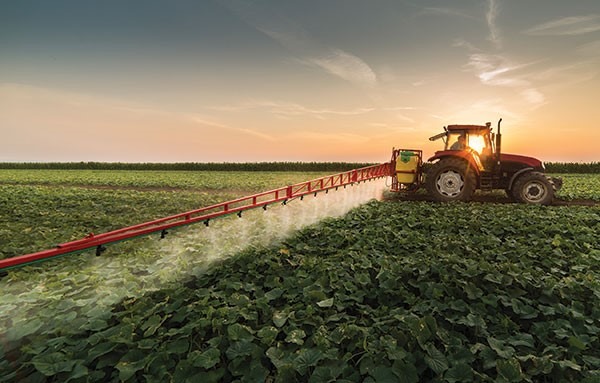 To be more clear about pesticide usage, we can list its advantages and disadvantages briefly. Let’s start with the advantages of pesticides in agriculture. Pesticides save the life of plants by protecting them from pests and diseases, but at the same time, they prevent the spread of diseases and allergies for humans coming from pests. By pesticide usage, crop growth behavior and crop yields are increasing; this means lower food prices and the ability to supply enough food for the demand. They also decrease the work hours of farmers and increase their profit. With the developing technology, pesticides are easy to reach, cheap to buy, and easy to use.

When we come to the disadvantages of pesticides, the main problem comes with the wrong usage of pesticides. They can pollute the environment and be harmful to both nature and humans. If they aren’t applied properly, crops may get contaminated with harmful substances, cause problems for local flora and fauna, and adverse health effects for farmers.

As a result, to get the best yield without harming nature and humans, using pesticides properly is the key factor in farming. And if you wonder, the term properly used pesticides mean that correct identification of the pests, selecting the pesticide specifically designed to control the identified pests, selecting the proper equipment, applying the pesticide at the right time and under the right conditions (such as pH, heat, and humidity), and checking the accuracy of equipment periodically to ensure the amount recommended on the pesticide label is applied uniformly onto the target. With its proper usage, if plants are harvested following a “harvest interval” that is the time between application and harvest and necessary to allow pesticide residues to decrease to acceptable levels, the food will be safe to eat and environmental harm will be minimum. 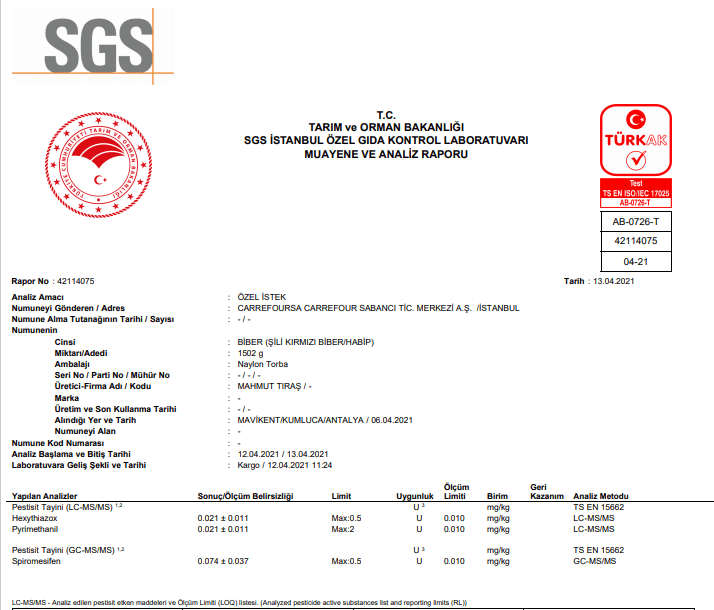 After all these words, there is this question occurs: How can you be sure whether the food you bought is safe in the meaning of pesticides? At this point, ForFarming will be there for you. With ForFarming Traceability Infrastructure, it is possible to see where the food is coming from, when it is harvested, in which conditions it is grown, and most importantly the pesticide report of the food. Only by scanning the QR code on the package with your phone, you can see the level of pesticide residues and its certificate of conformity even for each batch and harvest. ForFarming keeps track of your food and ensures it is safe for you to eat.

The bottom line is, pesticides have a huge impact on our history since before 2000 BC and their usage is evolving in a more environment-friendly and natural way. If you know how your food was grown, whether organic or conventional, you won’t be concerned about pesticides anymore.